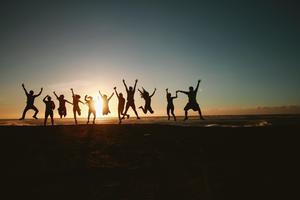 Our district continues to engage in various conversations and work related to improving opportunities for each learner in our schools. The Culture and Equity Design team hosted its final meeting in May. The team provided feedback and recommendations for district leadership which will provide leaders with insight into the most critical actions steps in our schools.

The overall recommendations are being finalized based on the team’s most recent feedback.  Once finalized, the Culture and Equity Team recommendations will be reviewed by the executive team and school leadership in order to guide our school district work in the 2021-22 school year.


The Title VI federal grant to support Native American programs was initially approved by the federal government for the 2021-22 school year.  The Native American Cultural Liaisons at each school are charged with supporting the grant objectives.  There were many celebrations during the current school year with the liaisons supporting Title VI programs in our schools.  In order to increase knowledge of cultural identity and awareness, liaisons worked with students through culturally relevant learning projects/activities, whole-class lessons on diversity, Native American Club and mentoring.  Liaisons also worked with staff to find culturally relevant books and videos.  They provided staff professional development regarding implicit bias, importance of Title VI program, Native American Culture of Durango School District 9-R, and Culturally Responsive Classrooms and Schools. Liaisons aimed to help students through enhancing problem solving and cognitive skills development and directly supporting attainment of state standards through mentoring and tutoring programs.  Liaisons increased parent participation with school-based surveys, phone calls, emails, and letters.  These goals and services will remain in place next year along with providing social emotional support.